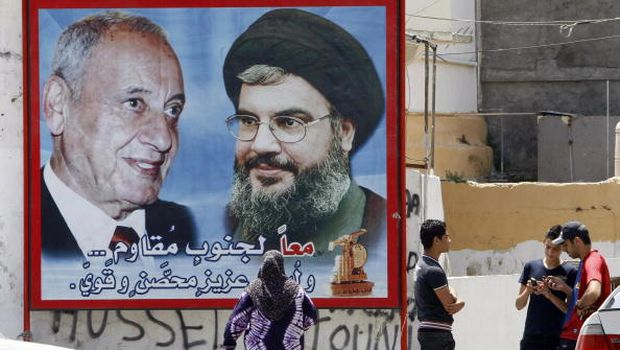 Two weeks ago, a political maneuver by Nabih Berri gave the green light to the March 14 alliance to go through with their plans and extend the commander of the army’s term for one year, much to the dismay of the Free Patriotic Movement. Berri, who gave signals throughout that week that he was at odds with Aoun, indirectly opened a window of opportunity for the cabinet and its minister of defense to extend the terms of the top security officials. Berri’s move against the FPM crippled them politically as any plan to respond – including bringing the government down – was made impossible. Without Berri’s support, a double Hezbollah-FPM resignation would have only resulted in a stronger and surely legitimate cabinet – since Berri’s M8 AND Shia ministers would remain in the government – officially dominated by M14. That meant that Hezbollah – regardless if they approved of the extension or not – couldn’t have supported a Aounist resignation move. The bottom line here is that Amal (1) succeeded in creating distrust between Hezbollah and the FPM (which Nasrallah tried to counter by officially supporting and endorsing the FPM’s interests in his latest speech), while at the same time  (2) making Salam, M14 and the centrists owe Berri.

Berri’s genius maneuver wasn’t a first, and definitely won’t be his last. This is why this month’s WikiLeaks cable will be a document detailing a similar ruse: How Berri, exactly 9 years ago, “tricked Hezbollah into agreeing to the 8/16 cabinet decision on deployment of the Lebanese Armed Forces (LAF) to the south, even though part of the decision went beyond Nasrallah’s “red lines.”

The cable is a conversation between Amal’s minister of health, Mohammad Khalifeh and U.S. ambassador Feltman. I hope you enjoy the epic stratagems of Nabih Berri.