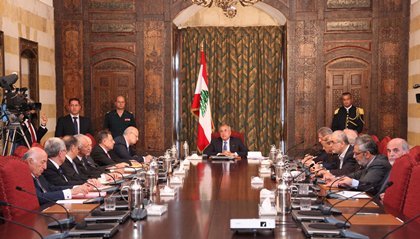 President Michel Sleiman proposed to Lebanese leaders Thursday a national defense strategy that would allow Hezbollah to keep its arms but place them under the command of the Lebanese Army, which would have exclusive authority to use force.

In a country where a political compromise is always taken optimistically, where political agreements, unity governments and national dialogues are always considered  beneficial even though they are most of the time useless, ineffective and unproductive, comes the latest invention: A consensual defensive strategy. This is a big step forward. But for many reasons, such a project shouldn’t cause so much enthusiasm.

The Devil Is In The Details.

In Every Single Annoying Detail.