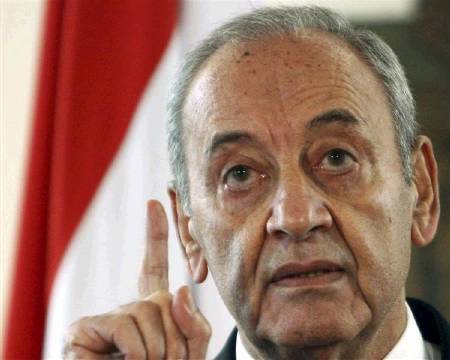 If any Lebanese top leader, minister or lawmaker desires a salary raise, he or  she should wait for Lebanon’s offshore oil to be extracted

Yes, that was Nabih Berri speaking. The officials’ salary hike is expected to be 4 Millions L.L. for the MPs and Ministers, while the top leaders enjoy a wage rage of 6 Millions L.L. according to a law that is supposed to give a raise to the civil servants’ wages. Two small comments:

Just in case we had oil in our EEZ, we don’t have it anymore.