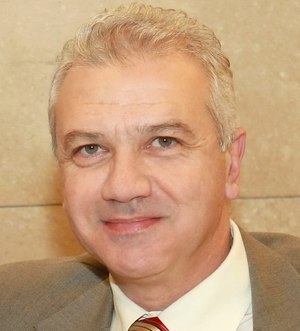 The results are out since yesterday. Fadi Karam, the LF candidate, won. The LF kept the seat in a caza under 14M’s control for 8 years now. But when I wrote a post a couple of days earlier about the subject, I missed something very important.

What does it really mean that the LF is facing the SSNP in Koura? Everyone would be surprised if the Shias of Nabatiyeh will have the choice to vote between the FM and the Baath. That’s exactly what’s happening here, but in a parallel way. Don’t get this wrong, I am not sectarian nor racist, but the battle should be between two parties that are actually related to the region. I’ll say it clearly. Why is a Maronite Lebanese Far-Right Party Fighting a Nationalist Syrian Far-Right Party in Lebanon‘s Greek-Orthodox headquarters? And the best part is that both Far-Right Parties are actually fighting each other to see who will have the lawful legitimacy to fight the rising salafis (that happens to be the Christian’s new source of fear and the SSNP’s traditional sectarian enemy at the same time) on the other bank of the Kadicha River, in Tripoli. If we come back  a couple of months in time, I see Greek Orthodox Intelligentsia asking for a law that permits the Greek-Orthodox of electing their own 14 MPs. Yet the same population comes today, in the only district that is actually under their decision, their control, to vote for nominees of parties external in a way or another to Koura’s  religious or Lebanese umbrella. Even Makari, that might be considered as an independent is actually a Haririst. And what are Zgharta’s feudal lords, the Mouawads and the Frangiehs doing in a fight outside their district? It’s like Elias Skaf  interfering in the Metn nominations or the Gemayels doing the same in Baabda.

The only positive thing about the 1960 electoral law is that it gives the local population the right to elect its own representatives, without being influenced by the external religious, ethnic, and feudal parties of the bigger districts.

But the Kouranians simply didn’t get it.